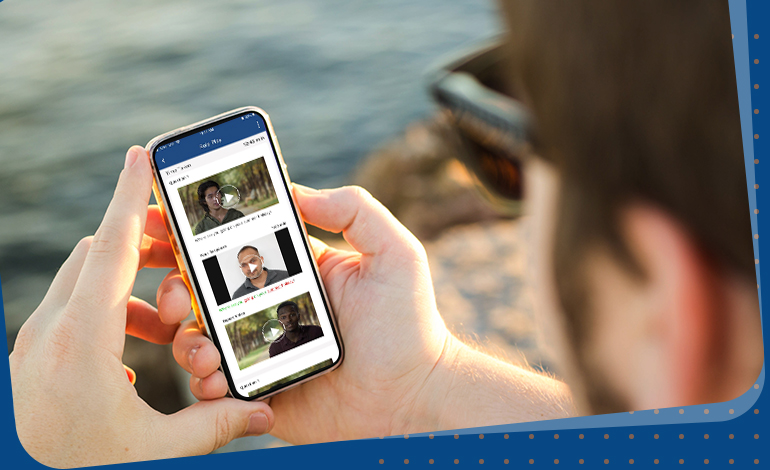 “Role” of Role Plays in eLearning for Better Retention and Performance

Remember those childhood days spent enacting scenarios for the doctor, nurse, even chefs? The sense of pride we all felt while asking for money from our peers as a bus conductor or catching a “thief” as a police officer.

Role plays have been an integral part of our lives and as kids, we all learned a great deal from them. It enabled us to step in the shoes of others and understand their roles. Over the years, they also became an effective way of delivering training. Today, the entire eLearning industry thrives on role plays.

What are role plays in a learning scenario?

Role-playing as a pedagogical tool has been used in various fields, from medicine to law, and from business to psychology. Though role play has traditionally been used in educational settings with an emphasis on the social dynamic of learning and fostering collaboration among students, researchers have found role plays to be useful in getting students to better grasp practical cognitive skills.

Learning can be hard. And what can be a better example to explain the concept than the famous Ebbinghaus forgetting curve. Coined by the German psychologist Hermann Ebbinghaus in the late 19th century, it demonstrated the rate at which information is forgotten over time if we don’t attempt to retain it. A few studies conducted on Ebbinghaus’ theory further suggest that humans forget approximately 50% of new information within an hour of learning it, which goes up to an average of 70% within 24 hours.

Role plays as part of gamification have emerged as one of the best options to beat the forgetting curve. All that is needed is to take the mechanics of games and apply them to eLearning, which can then be used to motivate learners to complete the required learning. And, because it’s interactive and gets the learners engaged, knowledge retention is more likely.

Here are some benefits of role-playing in education and business:

When should you use role plays?

Role plays are an effective method of training for better retention and performance in learners. But should you use them every time? Not necessarily. Only a few situations warrant the use:

1. You want learners to step into someone’s shoes and view events from others perspective. For instance, making an employee think like a customer or a senior manager think like a fresher.

2. You want learners to learn and experience something which is often either not possible in a physical set up or uncomfortable to talk about. For example, letting a man experience sexual harassment as a woman.

3. You want to demonstrate the various stages of a project, from inception to launch.

There are several examples in real-life where companies and universities are using role plays to deliver effective eLearning. For instance,

British company HostileWorld has a flagship course called Hostile Environment Awareness Training, or HEAT, which supports a variety of sectors that deploy personnel, or work with local agents, in hostile or insecure environments. The course introduces learners to strategies for staying safe and uses role play to help learners practice behaviors, protocols, and security challenges.

The University of London recently used online role-play as part of their midwifery course to help learners get a clear understanding of the ethics through an interactive, simulated course. The role plays were designed to blend with face-to-face teaching and allowed learners to make autonomous clinical decisions as a midwife and understand what it is like in their shoes.

At Cornell University, an instructor employs virtual role-playing assignments as a learning exercise for learners, where students are broken into small groups and assigned topics to explore. There is a group discussion board labeled, “Backstage Rehearsal Area.” Over a period of four to five days, each of the performing students posts several comments per day in interaction with their fellow cast members, which is then analyzed. Many students have commented that immersion in the topic, established through role-playing, provides insight into real issues that they have faced and allows them to work through these issues in a meaningful way.

How to use role plays effectively for better retention and performance?

Meaningful role plays outside of formal training and education programs can help learners retain the subject matter better and perform better. You can enhance the effectiveness of your role plays up by several notches by considering these factors.

The customer or the learner isn’t always right: Feedback is an integral part of any program. But just because you got one or two negative feedbacks doesn’t mean the design itself is wrong. You must consider whether the design has reinforced your learning outcomes. In fact, purposefully designed difficult scenarios lead to better learning outcomes. Learners shouldn’t get it in the first try; they must struggle so they interact with a lot of characters and take a deep dive to understand the product or the role better.

Incorporate feedback: Including feedback in an online role play simulation can be a bit tricky but you need to add it so learners can learn effectively. So, deciding who gives the feedback and when it should be provided to the learner are crucial decisions. Ask yourself what role does feedback play in a learning process, when it should be given, and who should give it (single character or multiple characters).

Role plays encourage learners to think more critically about complex subjects and to see situations from a different perspective. Done right, role plays can motivate students in a fun and engaging way. But for that to happen, role plays should be content-focused, match learning objectives, and be relevant to real-world situations.

A reliable and experienced eLearning partner can help you create immersive role play experiences for your learners. We have created communication skills and interview preparation skills modules using the role-playing technique in our English Language Training (ELT) solution. The learner goes through scenarios and records videos of self to play the role, practice, get feedback, and perfect skills.

We work through a compelling storytelling technique and use several motion graphics and talking head videos to make your role plays effective and boost engagement and performance. Our experience in creating digital learning content and partnership model for eLearning content development for the EdTech industry uniquely positions us to develop role play-based learning effectively. Talk to us!